Irish Lions:Every four years, four nations come together for one of the toughest and unique challenges in world sport.

The British and Irish Lions tour some of the best Test nations in world rugby – and this year they take on revered world champions New Zealand.

What embodies each Lions tour, however, is the camaraderie, team-spirit and joyous nature – usually showcased in a fly-on-the-wall documentary after each campaign. 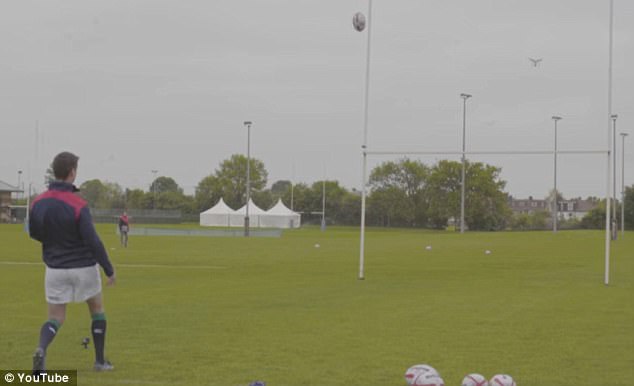 The aim was to kick the ball, as Johnny Sexton does here, at a drone target between the posts 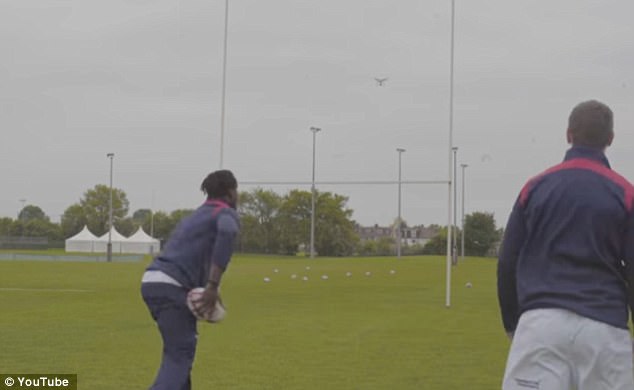 Or in the case of England forward Maro Itoje, if you can’t kick it, you just throw it

And this year seems no different. United players from England, Ireland, Scotland and Wales took part in a conversion challenge attempting to kick-off preparations in typically enjoyable fashion.

Lions captain Sam Warburton was joined by Jamie George, Leigh Halfpenny, Maro Itoje, Stuart Hogg and Johnny Sexton, who all took aim at a drone hovering between the uprights.

The seven players from all corners of the British Isles laughed as they began the challenge in a somewhat useless fashion. 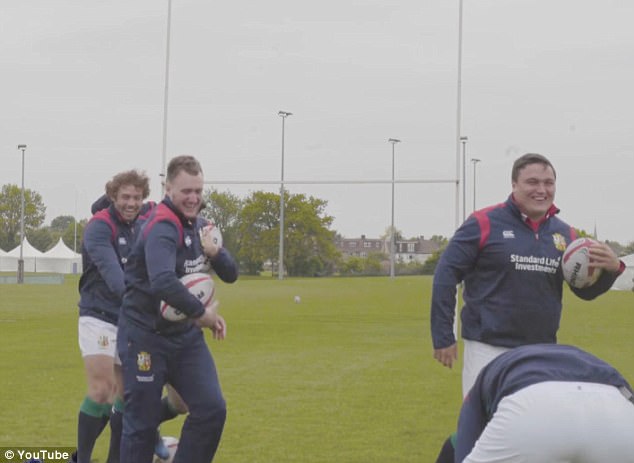 (L-R) Leigh Halfpenny, Stuart Hogg and Jamie George all joined in with the challenge 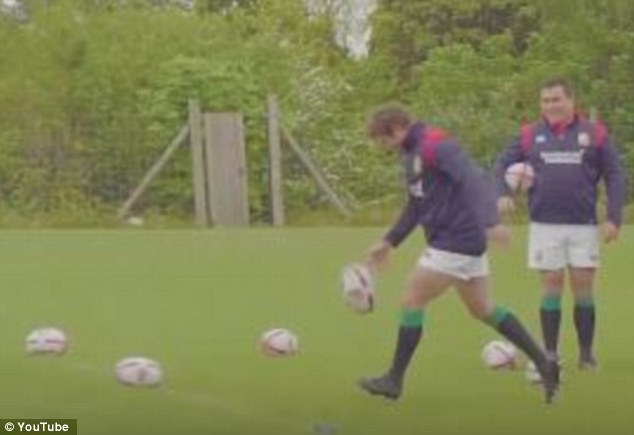 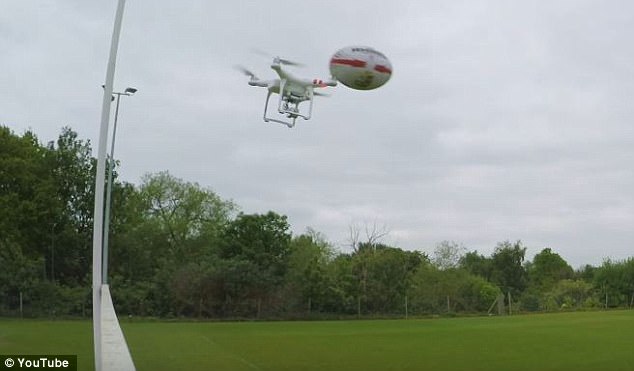 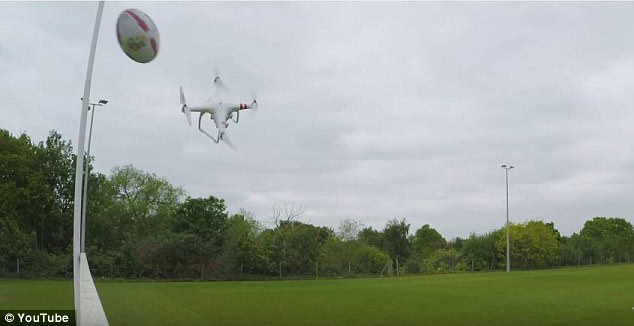 But Wales full back Halfpenny eventually took it upon himself to bring the competition to a sensational end as he pinned the drone and sent it crashing to the ground. Just the sort of dead-aim Warren Gatland will be hoping for to contend with the All Blacks next month.

Gatland’s preparations for his squad’s summer expedition to New Zealand are well underway, with the 41-man tour party set to jet-off next week.

The Lions squad had their initial training week at The Vale resort on the outskirts of Cardiff before a final camp in Kildare, Ireland this week.