Massimiliano Allegri’s men, who are on the brink of winning Serie A and are also in the Champions League final, took the lead through Alves’ superb first-half volley.

Massimiliano Allegri, who is on course for the treble, kisses the trophy his side won in Rome

Lazio’s Sergej Milinkovic-Savic can’t believe his luck during the final
Dani Alves, who opened the scoring at the Stadio Olimpico, holds his Coppa Italia medal
Gonzalo Higuain, who has been in impressive form this season, celebrates their final victory
Juventus defender Alves wheels away in delight after opening the scoring for his side
The Serie A leaders’ lead was doubled when another defender Bonucci scored
The delighted Juventus players travelled back home on their plane following final triumph

Compliments to the lads for a great match. We played an extraordinary first half,’ Juventus coach Massimiliano Allegri said.

‘We really need to finish off the Serie A title now.’

Juventus can clinch the Serie A title this weekend, and then face Real Madrid in the Champions League final next month.

The Bianconeri became the first club to win three straight Italian Cups and brought their record title collection to 12 in the competition.

After being beaten by Roma on Sunday, their first Serie A loss since January, the victory gave Juventus a boost of confidence for the June 3 European final against defending champions Madrid.

‘We got things wrong on Sunday, and it’s been a wake-up call for us. It’s helped us rediscover our qualities,’ Bonucci said.

Italy president Sergio Mattarella was in attendance at the Stadio Olimpico and fans of both clubs put on a show with colorful pre-match choreography.

As has been the case for most of the season in cup matches, Juventus captain Gianluigi Buffon was rested and Neto played in goal.

Lazio took the initiative at the start when Keita Balde Diao hit the post from a sharp angle.

The Lazio supporters, who visited familiar surroundings, display a tifo ahead of kick-off
The Juventus supporters at Rome’s Olympic Stadium cheer their team from the stands 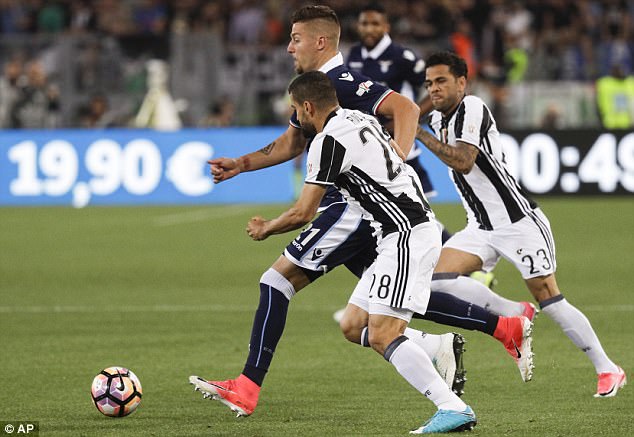 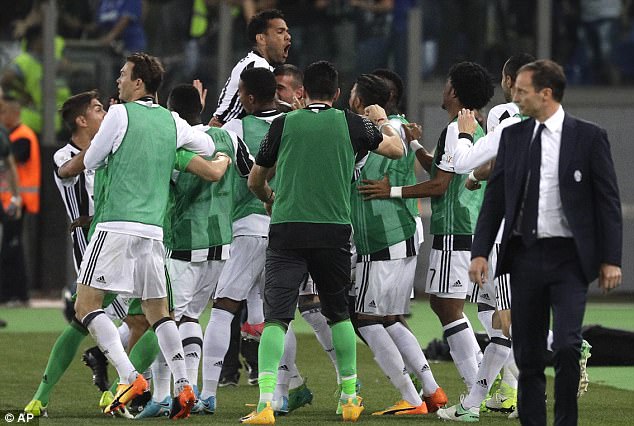 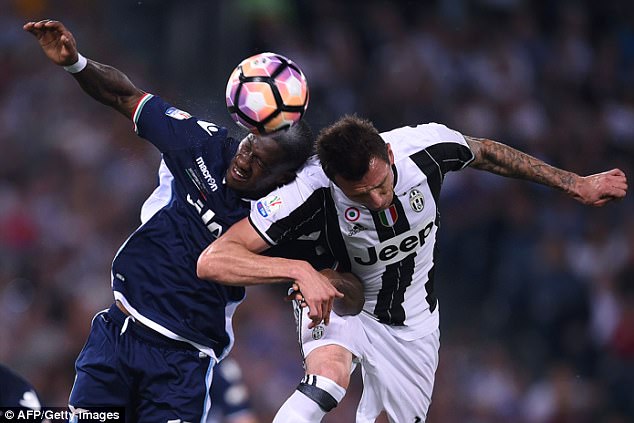 But Juventus responded immediately with a long shot from Gonzalo Higuain that Lazio goalkeeper Thomas Strakosha had to punch away.

Lazio striker Ciro Immobile missed with a header that went just wide shortly after the half-hour mark and also came close early in the second half when he was denied with a quick-reflex save by Neto from one yard.

Immobile missed another close-range attempt with 11 minutes to go and soon Juventus was celebrating.

‘It’s upsetting not to win a final but we’ve had an amazing season,’ Lazio manager Simone Inzaghi said. ‘We already qualified for the Europa League, we beat Roma in the semi-finals and we’re in fourth place in the league.’ 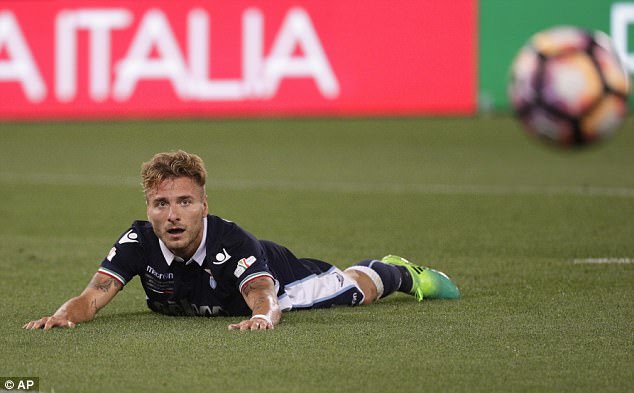 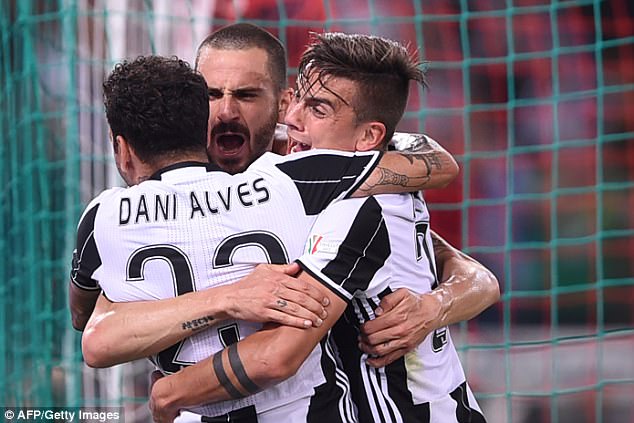 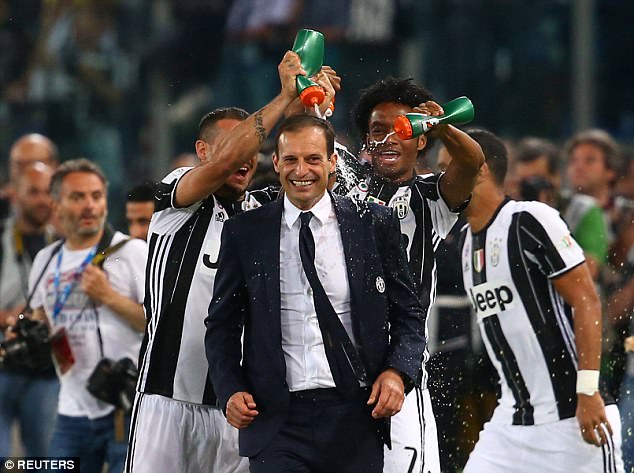 Juventus manager Allegri is drenched with water after winning the final 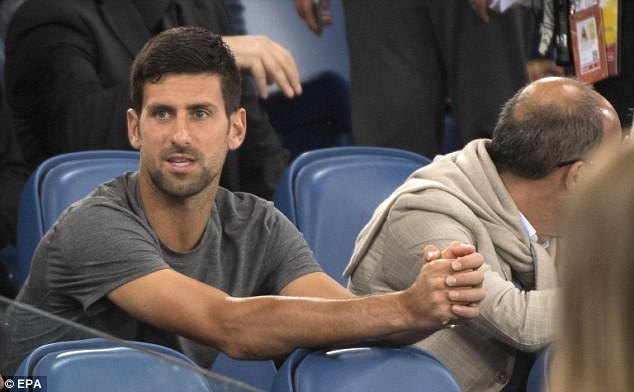