Mary Peters:One Dame of great fame was reading about another a few weeks back when she started chuckling about how different things were in her day.

‘It was a piece in the Daily Mail about Jess Ennis-Hill,’ says Mary Peters. ‘It mentioned she had a fortune of about £3.6million. Throwing, jumping and running wasn’t worth quite as much when I was young.’

She breaks into a laugh, this hero of British sport and icon of peace in Northern Ireland. This summer will mark 45 years since she won pentathlon gold at the 1972 Olympics in Munich and from death threats to home-made hurdles, medals and murders, the 77-year-old is in the mood to reminisce. 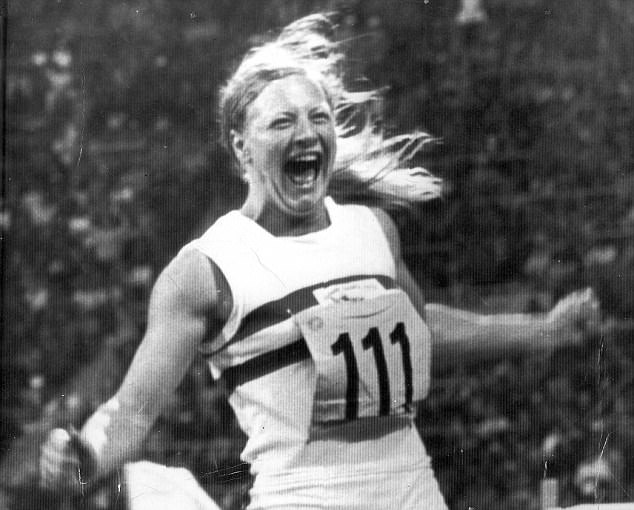 She starts with the value of gold.

‘I wouldn’t begrudge Jess or anyone else a penny of what they get, but when I won the Olympics, endorsements still weren’t that common,’ she says. ‘I did an advert for “gold-medal-something-or-other to help the grass grow better”. I don’t think they gave me much.

‘I also did an ad for a building society. That was funny because a little while later I wanted to buy a little two- bedroom cottage outside Belfast, the one I still live in, so I went to them for a loan. They said no.

‘Another time I was asked to promote a sherry for Christmas. It was called Matador Sherry and they had this slogan — “Make Mine a Matador”.

‘Anyway, I went along to the press conference for £100 or so and they asked if I wanted a drink. I said, “Make mine a Matador”. They said they didn’t have a bottle there. I’m telling you, PR and endorsements are better than they used to be!’

Giggles and grins, it’s what Peters is all about, 77 years into an extraordinary life and still partying whenever there’s an invite.

‘People want to be nice to me because of the Olympics and I’m quite happy to let them,’ she says. ‘I see no reason to stop them.’

Not stopping is the name of her game. Mary Peters was the gold medal-winner who said ‘b******s’ to an IRA death threat at her Munich victory party and she is the pensioner who still boards planes and stages around Europe, giving talks, drinking drinks, always campaigning for cash for others.

She raised £1m in her first 40 years at the helm of the Mary Peters Trust and she’s halfway towards the second million that might just see her retire to that same little cottage with its Olympic rings rug and Olympic flame lamp. Carl Frampton and Graeme McDowell were among the Northern Ireland teenagers to get one of her bursaries, but still she wants more — more money for more young athletes.

‘I quite like patchwork quilting and making furniture from wood, so maybe I’ll do that when I stop,’ she says. ‘But I don’t want that just yet. There’s more to do.’

Aged 77, Peters shows no signs of slowing down as she continues to raise money for charity

For context, this interview took place on an afternoon in London, where she had flown from Belfast for a sports conference, having only just returned to Northern Ireland a few days earlier after two days in Liverpool at the European taekwondo championships.

‘When I got back from Liverpool I had a shower and went straight to model at a fashion show for Parkinson’s,’ she says. ‘Then I had my first free weekend since Christmas and on Monday I was at the Belfast Marathon to raise money for Mencap. It’s about 30 hours each week of work.’ By all accounts, Peters has never been one for taking it easy.

Her adolescence and sporting life were an exercise in gritty commitment. On her 16th birthday her father gave her two tons of sand to make a long jump pit, on her 17th he gave her a truck-load of cement to build a shot-put circle and at 18 he gave her a heavier shot that he made at the local foundry. It went with the homemade hurdles.

She says: ‘We didn’t have funding then. I remember as I got more serious I used to get two buses to the track I trained at, and I would have a heavy bag with a shot in it and my spikes.

‘One night I was at the track alone doing high jump work in the snow. I had to bring the stands and mats down the stairs from the pavilion. Afterwards I couldn’t get the up-and-over door to come down when I was packing away. My hands were so cold and I was bawling my eyes out, thinking, “No one sees this side of sport”. 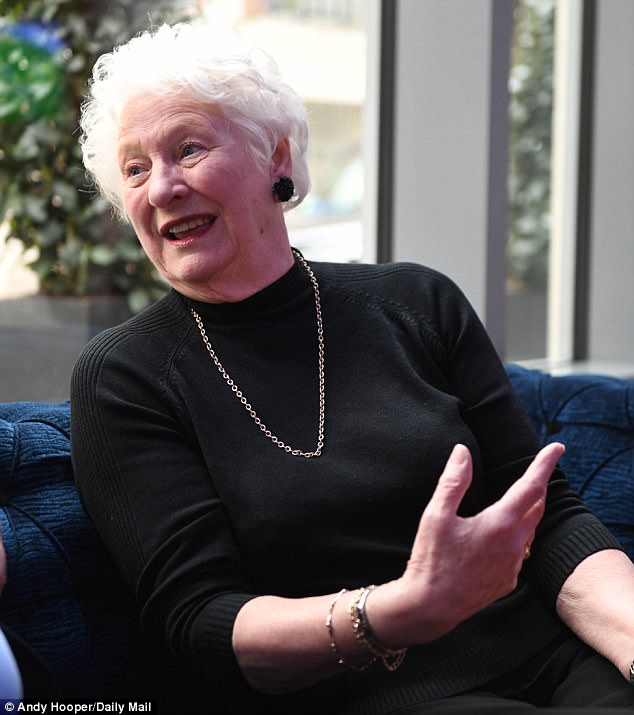 ‘Today they have warm-weather camps, funded by the Lottery. Back then I worked 40 hours a week in my coach’s sports centre and then put every penny into my athletics, training down at the old Queen’s University track with all its potholes. Sometimes you would hear the bombs going off but I don’t think I ever turned back.’

This was during the Troubles that savaged Northern Ireland from the late Sixties.

‘It was such a bleak time,’ Peters says. ‘One night there were three soldiers murdered in the flat adjoining mine. Some girls invited them to a party and the terrorists came in and shot them. I had been out training and came home and was sitting down to watch TV in bed. I saw these flashing lights outside and when I looked one of the boys was lying dead in the pathway beside the house and the police were turning up. Horrendous.’

Peters’s arrival in Munich came amid the worst year of violence in Northern Ireland, with 479 killed. She was far from being favourite for gold, having turned 33 and on the back of never finishing higher than fourth in two previous attempts. After blitzing the 100m hurdles, shot put and high jump on day one, she was reined in by the home hope, Heide Rosendahl, on day two.

‘Heide’s best two events were my worst — the long jump and 200m. She won both and I was waiting on the track an eternity after the 200m for them to calculate the points,’ she says. ‘It flashes up that I won by 10 points — about one hundredth of a second.’ 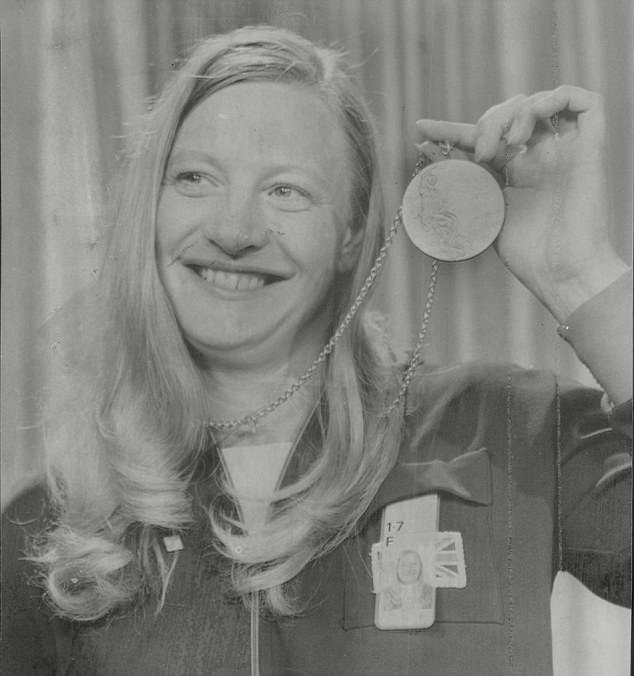 She was partying at the team base when she heard the IRA had called in a death threat, saying her home would be blown up on her return. She said at the time: ‘B******s. I’m going straight to Belfast.’

And she did, carried through the city on an open-topped lorry. For decades she was the face of what was good about a country in such a bad time, becoming the Lord Lieutenant of Belfast and greeting the Queen at the airport on visits. Over time she has acquired an alphabet of New Year’s honours and helped more than 5,000 young athletes, all spawning from that golden summer.

‘One little medal can mean so much to a person, more than all the money and endorsements in the world,’ she says. But then she starts laughing.

‘I don’t actually keep the gold at home — it’s at a museum. I used to, but I had a couple of burglaries. Thankfully the silly whats-its didn’t think to check my knickers drawer!’

With that, Peters is off to give another speech in another hall. Always on the run, always jumping into the next party