Girl, 8, sent home with Panadol after doctors failed to notice she had broken her NECK in four places in a horror quad bike crash

Panadol:An eight-year-old girl who broke her neck in a quad bike crash was sent home from hospital with painkillers by doctors who failed to notice her horror injuries.

Ava Amato was seriously injured when she came off the quad bike in Cervantes, Western Australia, last month and was driven 200km to a hospital in Perth.

Ava, whose neck was kept in a head brace in the back of an ambulance, was given an x-ray at Joondalup Hospital but was astonishingly sent home with Panadol and Nurofen.

The little girl’s neck was broken in four places but doctors told her family that she just had ‘muscle damage’, her mother Nicole Amato said.

Scroll down for video 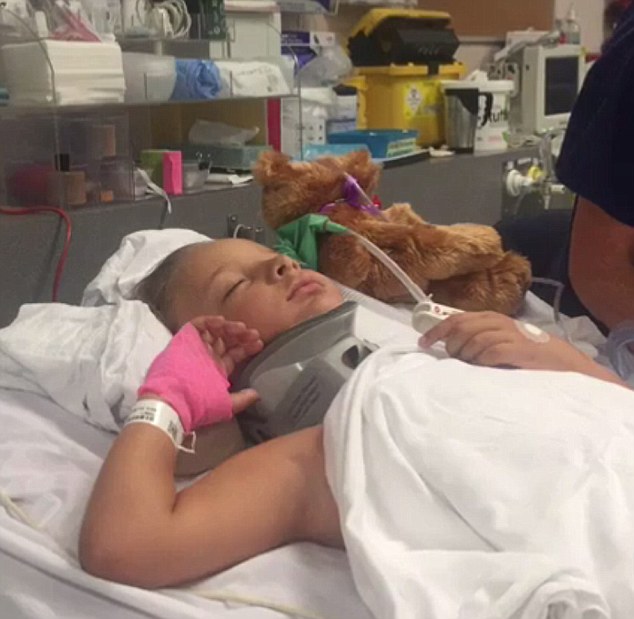 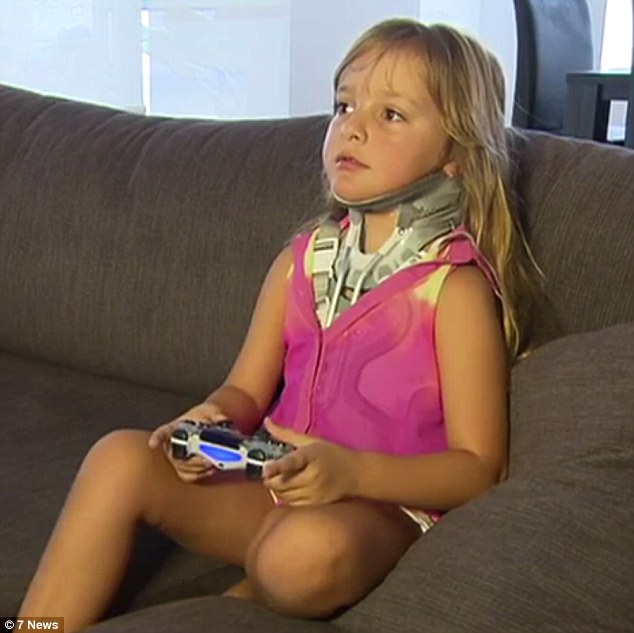 Ava was seriously injured when she came off the quad bike in Cervantes, Western Australia, last month and was driven 200km to a hospital in Perth

‘They pretty much said they couldn’t find anything in the x-ray that would alarm them,’ Mrs Amato told 7 News.

It was only two days later that a consultant radiologist phoned the family and told them to return to the hospital urgently.

The Amatos rushed Ava back to the ward, where they were told she had broken four fractured vertebrae and a severed ligament in her neck.

‘I was a mess, I was angry, I was sad. If she had any more trauma to her neck she could have potentially ended up in a wheelchair,’ Mrs Amato said.

‘If someone comes in with spinal damage it needs to be (diagnosed) straight away, not two days later.’

Joondalup Hospital wrote to the family explaining that Ava was sent home because she had not consciousness and her helmet was not broken. 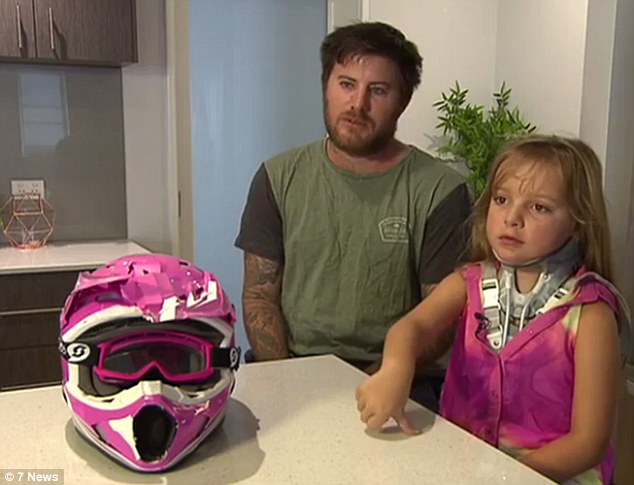 Ava’s neck was broken in four places but doctors told her family that she just had ‘muscle damage’, her mother Nicole Amato said. Ava is pictured with her father and the helmet she was wearing

8-year-old girl sent home with Panadol after breaking neck in crash
A hospital spokesman insisted that ‘multiple’ doctors studied Ava’s x-ray, but the family claims no radiologist was on hand to assess the scan.

The hospital has apologised for ‘the distress this has caused’, but said ‘this was a complex and unusual case’.

Ava was discharged from Princess Margaret Hospital on Wednesday following spinal surgery and is now recovering.

A Joondalup Health Campus spokeswoman said: ‘The hospital apologises again for the distress this has caused the family. We invited them to meet with the hospital’s Director of Medical Services, although this offer was declined.

‘This was a complex and unusual case, with the injury particularly hard to detect in the initial x-ray, which was assessed by multiple emergency doctors, including the most senior on duty.

‘As a result of this case, the hospital is reviewing its procedures around spinal injury imaging.