performing yoga:Reality Winner, the former NSA contractor accused of leaking documents, has been spotted for the first time since her June 9 arraignment, exercising in her Georgia prison.

Winner, 25, appeared undisturbed by her impending prosecution – or the possibility of being given ten years in prison, plus fines – as she performed handstands and stretches in the yard of the Lincoln County Law Enforcement Center.

She was also seen sitting down to eat lunch in the midday sun – which won’t be anything close to the heat she will face when she goes to court, as the government is expected to throw the book at her.

The athleticism she displays in the photos will be no surprise to her friends and family, who know that she developed a fanatical interest in yoga, Crossfit and weightlifting during her six years in the military.

She would even run six miles before training sessions merely to warm up.

On June 9, it was decided that Winner was too much of a flight risk to be allowed out on bail, and she was remanded in the Lincoln County center. 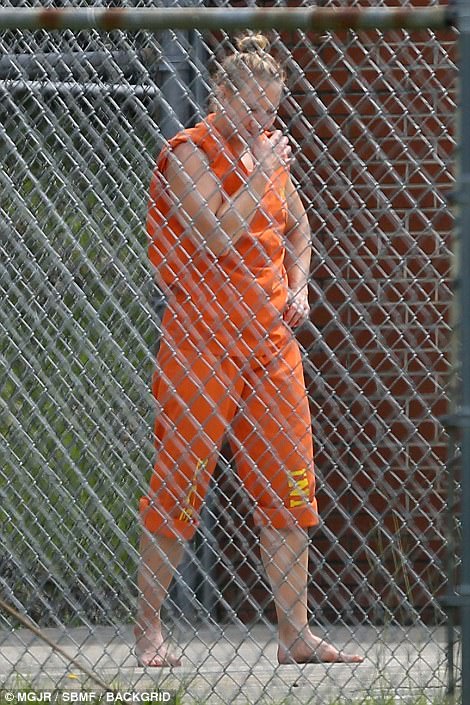 Winner had become a fitness fanatic in the army, getting into yoga and Crossfit. She would even run six miles before training sessions merely to warm up

She had been arrested by the FBI a week earlier for allegedly printing out documents while working as an NSA contractor, then mailing them off to a media company.

Those documents apparently show that the NSA was investigating hacks by Russians on 122 electoral officers prior to the election.

According to The Intercept, which published the documents the day she was arrested, there was no evidence to show that the hackers managed to change the vote counts or voting machines.

Winner worked for Pluribus International Corporation, a defense and intelligence contractor, from February to June in Georgia, during which time she had top-secret security clearance.

Prior to that, she had worked in the Air Force – which she turned down Texas A&M university to join immediately out of high school – from January 2013. Her friends described her as hard-working and focused.

Her step-father, Gary Davis told DailyMail.com that while working for the Air Force winner became a linguist, speaking Arabic and Farsi, and spent four years assigned to the NSA at Fort Meade, Maryland.

During that time she provided real-time translation to Americans conducting field missions.

He said she received a commendation for aiding in the deaths of more than 100 enemy combatants and more than 250 enemy captures.

‘If she made this mistake,’ Davis said, referring to the leaked documents, ‘it needs to be balanced against what she has done in the past and how she has served this country.’ 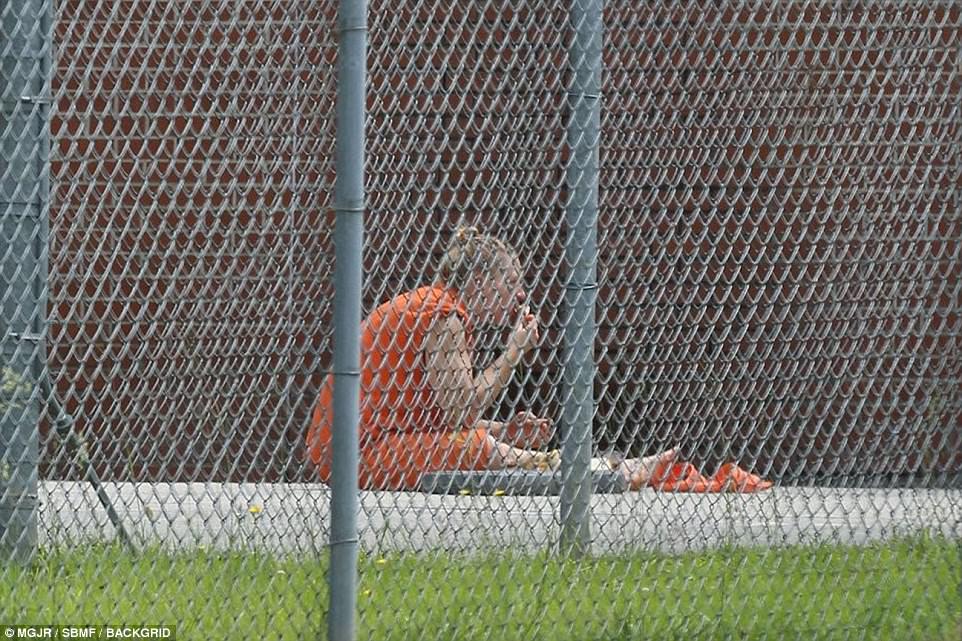 Winner was also seen eating lunch in the prison yard. She has pleaded not guilty to the charges against her, and will now go to trial 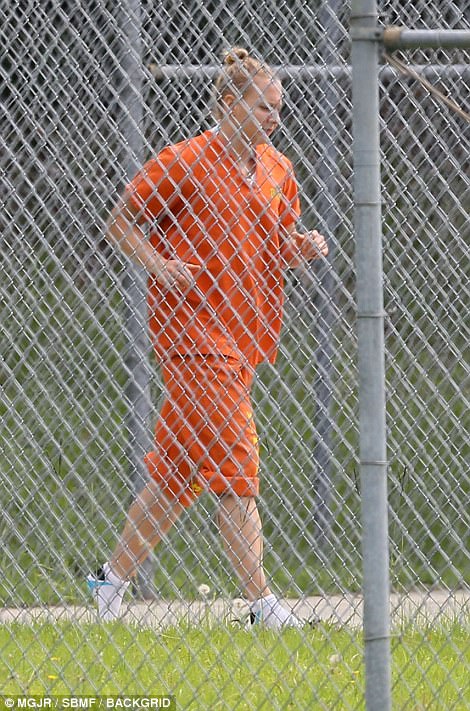 Winner was also seen jogging around the prison yard in an attempt to keep fit while locked up. She had worked for Pluribus International Corporation, a defense and intelligence contractor, from February to June in Georgia 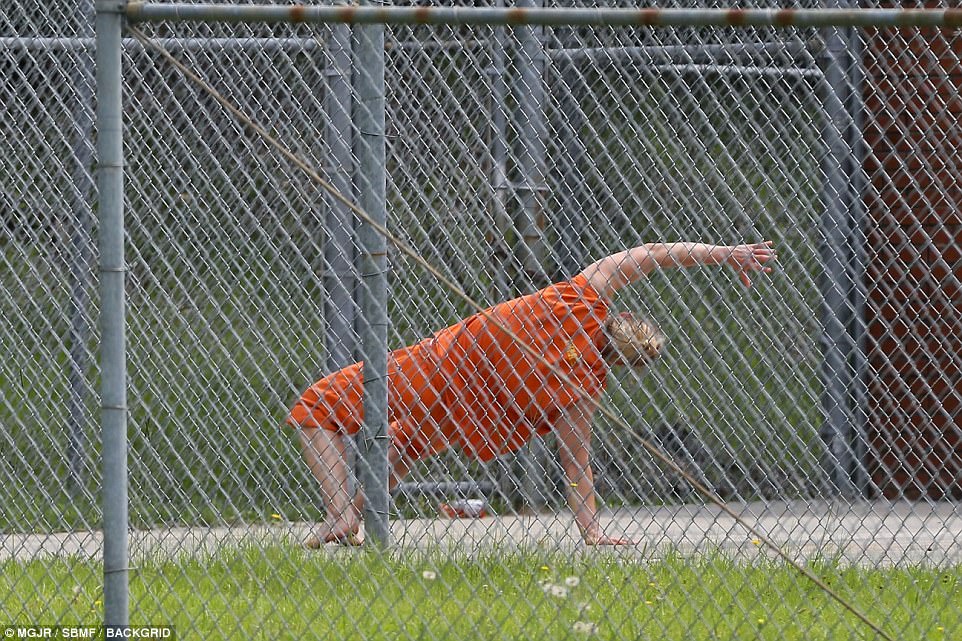 Winner performs more yoga in the prison yard. She had been given top-secret clearance when she allegedly leaked the restricted documents; previously she had worked for the Air Force since January 2013

Winner’s half-sister, Sarah Nicole Lopez, 42, said that if Winner did leak the documents, she had a reason to: ‘I firmly believe that there is a reason she did this and the whole of the Unites States of America needs to hear that reason from her.’

She continued: ‘If she supposedly leaked these documents, first of all why are these documents classified? And if Russia did hack into our system and play with the votes to get Trump elected, why is she the bad guy?

‘Why isn’t the United States government the bad guy for keeping this quiet from us? The public has a right to know this stuff.

‘Trump has said he wants anybody who leaked found and prosecuted. He practically wants them damn-near beheaded because nobody is going to get in Donald Trump’s way.

performing yoga:’I love her to death as a sister. I could not ask for a better sister. She is in no way, shape or form a traitor – she is a patriot.’

At her arraignment prosecutors claimed she had notebooks containing lists of Taliban and al Qaeda leaders, including Osama Bin Laden.

In one book, she is said to have written: ‘I want to burn the White House down and go live in Kurdistan.’

Her unusual name was given to her at birth by her now-deceased father Ronald Winner, who had wanted a ‘real winner’, Davis said. She was given the middle name Leigh, but chose to go by Reality. He died last December.

Winner has been charged with ‘willful retention and transmission of national defense information’.

performing yoga:If found guilty, Winner faces up to ten years in prison and $250,000 in fines, as well as a further three years of supervised release and a $100 special assessment.

performing yoga:Winner appeared to have a cup of cola to accompany her lunch. Her family say that she is a patriot and that she would not have leaked the document without good reason

Guards watched over Winner as she took her break outdoors. Winner was highly critical of Donald Trump prior to, and after the election on social media 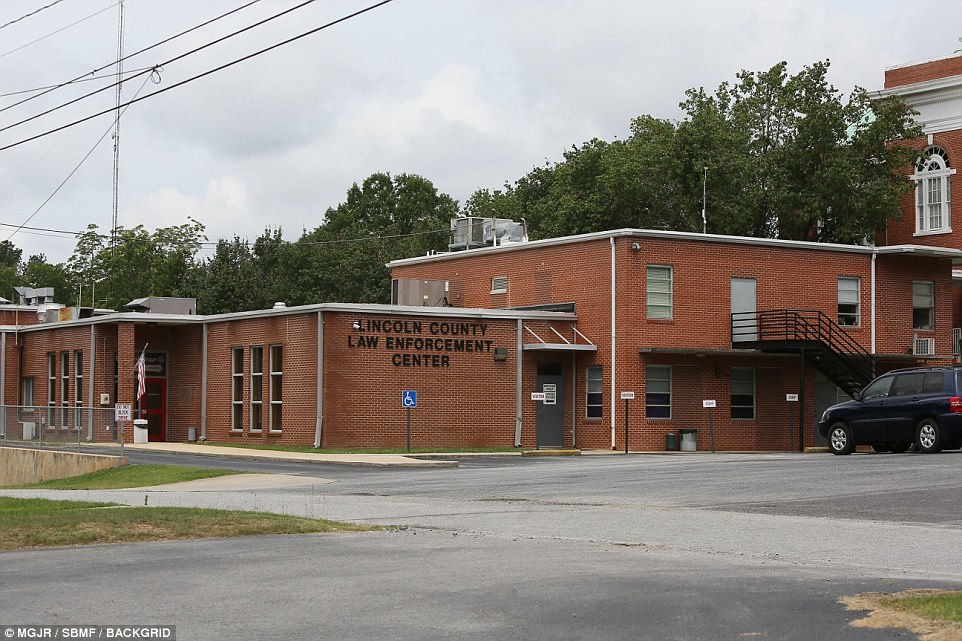 performing yoga:Winner is being held at the Lincoln County Law Enforcement Center