Stephen Curry:Stephen Curry is known for his silky dribbling skills on the court and his crazy celebrations as he cheers on his team-mates from the sidelines.

And after his Golden State Warriors won the NBA title the point guard showed his delight in typically goofy fashion with some impressive dance moves.

The two-time MVP was perfectly synchronised with wife Ayesha as they toasted the Warriors’ second NBA title in three seasons in a video posted to Curry’s Instagram.

The couple appeared to be dancing in a moving vehicle after the Warriors beat the Cleveland Cavaliers in Game Five of the NBA Finals to clinch the series 4-1.

It means the Warriors finish the playoffs with a 16-1 win-loss record, their only loss coming in Game Four of the Finals in Cleveland. 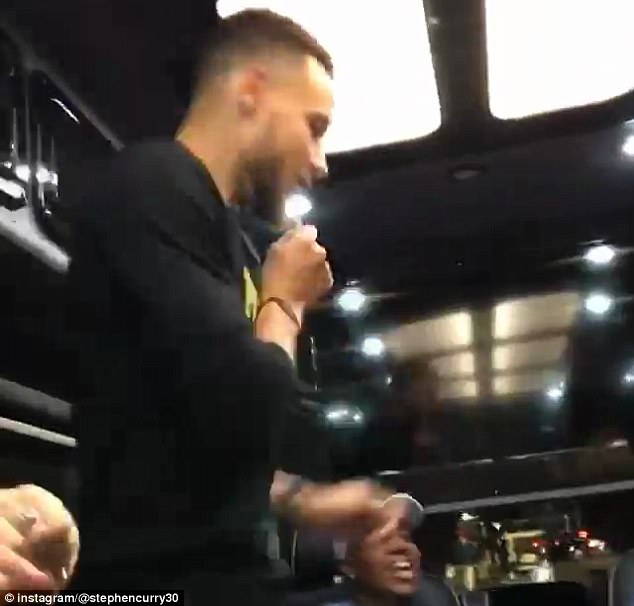 The Warriors’ ‘super team’ were enacting revenge on LeBron James and the Cavaliers after losing to them in the 2016 Finals.

It was the first time ever the same two teams have contested three consecutive finals  – with the Warriors winning in 2015 and 2017.

The victory provides vindication for the 2014 MVP Kevin Durant, who was heavily criticised for leaving the Oklahoma City Thunder to team up with Curry and fellow All-Stars Klay Thompson and Draymond Green in Golden State. 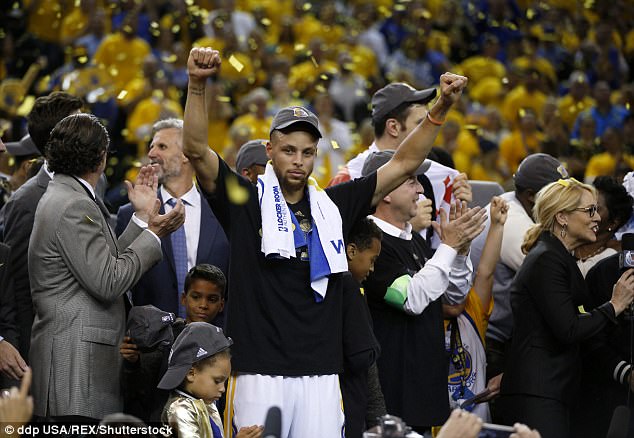 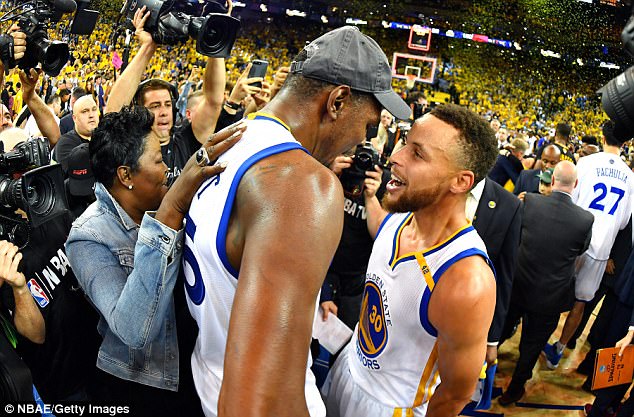 Durant won the Finals MVP award for his performances – which saw him average 35.2 points per game throughout the series.

Golden State broke the regular season record for total wins in 2016 when they finished 73-9, they ended with a 67-15 record this season.

‘We learned from everything we’ve been through,’ Curry said during the trophy celebrations after the Game Five win.

‘Our perspective, being blessed to play on this stage three years in a row, it’s for these fans, for our organisation, for these families. I’m just excited to do something special. I’m ready to do it again.’